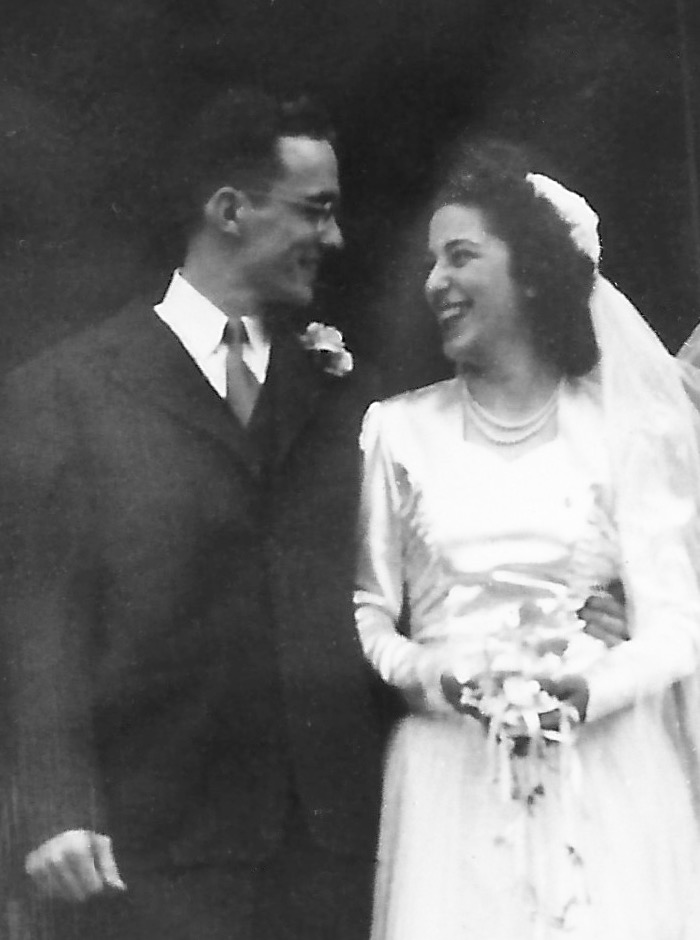 To me, Valentine’s Day has little to do with candy hearts, roses, and romantic dinners. It especially has no relation to the hook-up culture of today. Valentine’s Day is about true love, the kind of love my parents demonstrated for 70 years.

Seventy-three years ago, my father proposed to my mother on February 14th. Their wedding a little over a year later had to be small, because Dad’s mother had passed away a few weeks before.

All this happened before their seventh anniversary, but they faced each trial together with faith in their Lord Jesus.

Later, Mom and Dad had three girls and then another boy and girl – eight children in all. It was a little rough financially at times, but Mom was a budget wizard. She and Dad always gave to God first. They also were very generous with extended family and with the poor. Often they would ask us to give up something so they could help those in need. They taught us to think of others first.

When I was sixteen and the youngest was just six, we had a house fire. It set the family back financially for several years. As usual, my parents handled their troubles with faith, prayer, and unity.

Dad and Mom celebrated 25 years, 40 years, and then 50 years together. In 2009 and 2012, they lost their eldest son and youngest daughter. Dad had been ill with cancer and dementia for several years, but he understood their loss. 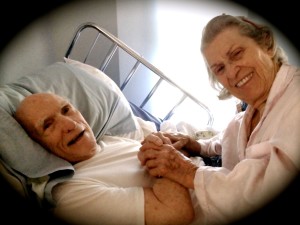 om was Daddy’s primary caregiver. Though Dad got confused about most things, he was always clear about his faith. He still had a sense of humor. And he never forgot that he loved Mom. He could still sing, though not always on key. So Mom and Dad continued their long bedtime tradition. Each night, they sang love songs to each other and love songs to their Savior before they kissed good night.

Daddy passed away two years ago, 37 days before their 70th anniversary. After that, Mom often slept holding his photo, longing for the day when she could go home to heaven to be with God and see her husband again.

Our mom left us early this month, expressing her deep love for her Savior and for each of us. When she was about to be taken to a hospice facility, she asked hopefully, “Am I going to see my husband?” My sister responded, “Yes, Mom, you are.” Those were Mom’s last words to any of us. Now she and Dad are together again, praising their Lord in death as they did in life.

“To have and to hold from this day forward, for better, for worse, for richer, for poorer, in sickness and health, until death do us part.”

Marriage is about commitment – to God and to one’s spouse. That’s how my parents lived. And that’s what Valentine’s Day is all about.