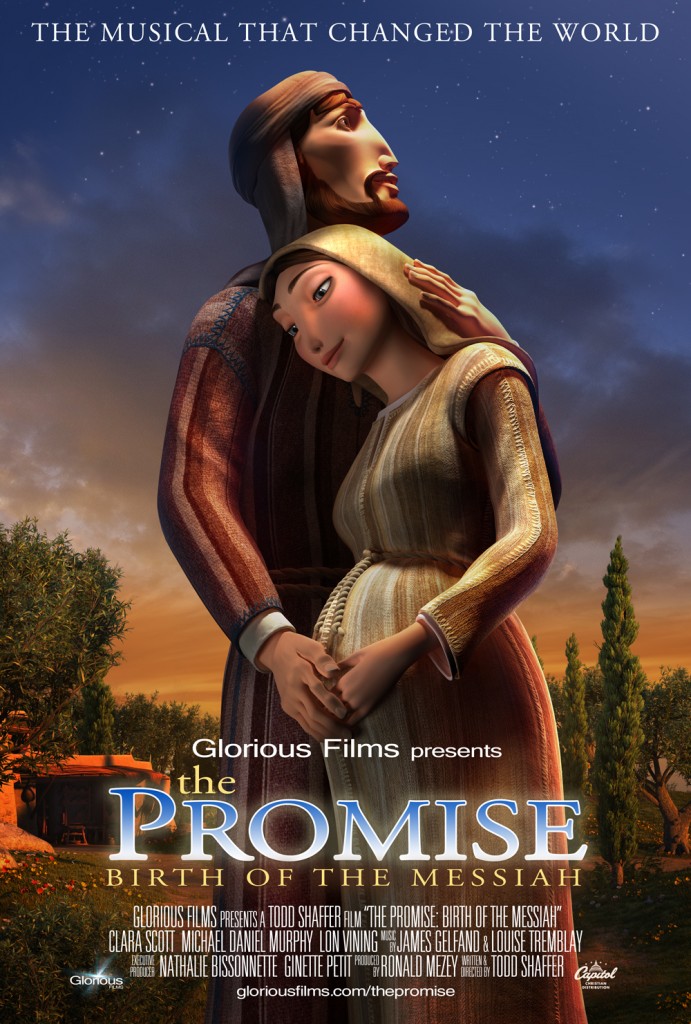 The Promise: Birth of the Messiah Movie Review

I have watched the delightful animated musical The Promise: Birth of the Messiah twice. The scenery and music are beautiful and the characters filled with vibrancy and natural emotions. The animated characters move smoothly and naturally, even though their features are sculpted and cartoon-like.

I found the camera angles to be interesting and creative, as well. The animators’ rendition of the temple and temple court left me breathless, thinking about what that building must have been like.

The director and writer, Todd Shaffer, who was our guest this week on Heritage of Truth, is a teaching elder in his church in Canada. For him, it was paramount that the script stay true to biblical accounts. Therefore this story, which covers the events told in the first two chapters of Luke, takes liberties only in areas where the Bible is silent. For instance, it portrays Mary’s parents and their possible reactions to Mary’s news that, even though still a virgin, she would bear the promised Messiah. Mary’s mother is a somewhat stereotypical Jewish mother, and her father a doting, matchmaking father.

The filmmakers also took a small amount of liberty with timing, undoubtedly for proper pacing of the musical numbers. Mary’s solo “My Soul Magnifies the Lord” comes a bit later than her first encounter with Elizabeth as reported in Luke 1:41–55. However, this serious, worshipful song would not have worked immediately following Elizabeth’s upbeat one. I liked the way the animation of Mary’s song portrayed a foreshadowing of Jesus’ ministry as she prophesied about His future. Mary’s song is a beautiful number, especially as Elizabeth joins her to praise God for His wondrous works.

Speaking of the songs, the singers are outstanding. I thought in a couple of places the characters danced around a little bit too much and had a few too many large arm movements, but for the most part, their actions seemed natural for the emotions being portrayed.

The final song is a tender lullaby. Some may find that ending a bit anticlimactic, but I thought it was sweet. I’m not sure how else the story could have ended, since it was intended only to cover the time prior to and just after the birth of Jesus. My only disappointment was that Anna was not portrayed giving thanks to God and telling people about Jesus in the Temple after Simeon talked with Mary and Joseph. That little bit of excitement would have a been good contrast to the final lullaby.

I think parents and children alike will enjoy The Promise: Birth of the Messiah. What a welcome change to have something scripturally accurate and of such high quality available for Christmastime entertainment!