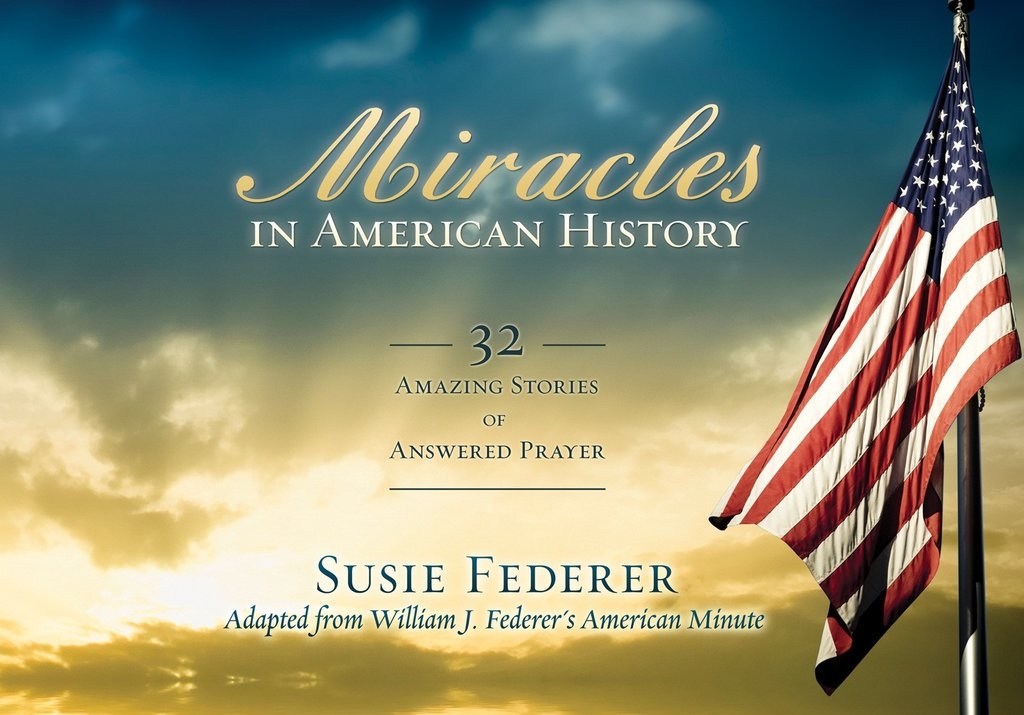 Miracles in American History: 32 Amazing Stories of Answered Prayer by Susie Federer contains several amazing stories that perhaps many Americans have not heard. It begins in 1731 and continues with stories through the Apollo Missions, ending with 2010.

I enjoyed and felt inspired by many of the stories, especially ones about valiant soldiers and George Washington Carver. However, most of the “miracles” came from early American history. I would have enjoyed reading more accounts from later times, especially from the two World Wars.

As I was reading, I thought maybe the book was misnamed. Many of the stories told how our leaders and our nation went to their knees in times of trouble and how God answered their prayers. Some of the prayers resulted in what one would deem miracles, but most simply recounted answers to prayers.

However, seeing how our country is rejecting God today, maybe just the fact they went to their knees and prayed back then could be considered a miracle.

Interestingly, many times in our history, presidents have called for days of “Public Humiliation, Fasting, and Prayer” and encouraged citizens to confess both personal and national sins. This is just the kind of message we need to hear from our leaders today.

I enjoyed reading the book and I can recommend it, but as I read through it, I felt its presentation was a bit disjointed. It would have helped to have smoother transitions, both from one story to the next and within chapters.

Some of the entries needed more explanation and background information.

The book also could have used better editing. In one case, a sentence because of its structure implied the opposite of what the author intended. The author also began several sentences with numerals instead of spelled-out numbers. But I guess only an English buff or an editor would notice these problems.

I will end this review with a quote (from the book) by Abraham Lincoln, with some paragraphing removed for brevity, because it is pertinent for Americans today:

“Whereas, it is the duty of nations as well as of men to own their dependence upon the overruling power of God, to confess their sins and transgressions in humble sorrow yet with assured hope that genuine repentance will lead to mercy and pardon, and to recognize the sublime truth, announced in the Holy Scriptures and proven by all history: that those nations only are blessed whose God is the Lord . . .

“We have been the recipients of the choicest bounties of Heaven . . . preserved these many years in peace and prosperity . . . grown in numbers, wealth and power as no other nation has ever grown. But we have forgotten God. . . . we have become . . . too proud to pray to the God that made us!

“It behooves us then to humble ourselves before the offended Power, to confess our national sins and to pray for clemency and forgiveness.”

Buy this book to read the rest of the story and learn about the religious history of the United States. But most of all, heed Lincoln’s words. It’s time for America to get back on her knees.