You’ve probably heard in school, at museums, in books, and on television that everything “evolved.” But God created everything from nothing, just as He said. Then He created humans in His own image, male and female. (See Genesis chapters 1 and 2.)

We Can Know God Created Us

Let’s look at one reason we can know God created us and we did not evolve from other creatures. That reason is the amazing design God put into everything. And it’s a design that follows a very complicated code.

Have you ever tried to write a code? It takes a lot of thinking to come up with a good code. It doesn’t happen by chance. 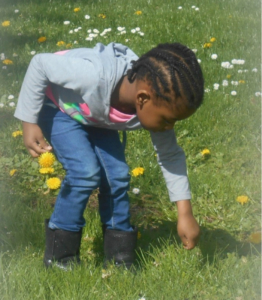 God Wrote a Code for Our Bodies to Follow

God built in all the different things necessary to make us like we are. He did it at creation. God made it happen with a secret code that scientists are still trying to solve. God created the oldest writing in the world. And He wrote it in code.

This code is probably the oldest “writing” in the world. It is the DNA that God wrote into genes. and it’s called the genetic code. Our genes determine everything about our bodies.

You might have heard of DNA. It’s writing within our cells that tells them what to become and what to do. The study of this code is called genetics.

Genes Tell Your Body How to Look

Everything in your body—your eye shape and color, skin color, hair curliness, how you look, and so on—is determined by the genes that you inherited from your parents. You received half of your genes from each parent. It’s really complicated, but here is a simple formula of how it works.

We all have the same parents, Adam and Eve. So I’ll use them to show you how our genes work.

In order for us to have so many groups of people who look so different from one another, our first parents had to have all the traits in their genes that anyone ever born afterwards would have.

Traits are characteristics or features of your body that you inherit from your parents. Your traits makes you unique – so you’re not like anyone else.

I’m going to show you that it is not evolution – the addition of new information – that gave us these differences. Instead, it is the loss of information in the genes that makes us different.

We’ll cover that next time. Click here to read Genes, the Oldest “Writing” in the World, Part 2.