Daniel Colton Under Fire – A Story About Courage

Does a city boy have what it takes to make it on the western frontier?

“Ain’t much of a frontiersman, are you, Daniel? Can’t shoot, can’t hunt. . . . How you gonna make it on the Oregon Trail?” Step-cousin Garth had yelled.

Remembering, Daniel Colton pressed his lips together. How could a twelve-year-old town boy from Georgetown, Virginia, be a frontiersman?

After the wagons stopped for the night, Uncle Karl said, “Let’s shoot turkeys for supper. You up to huntin’, Daniel?”

“Ah . . . we bought meat at the butcher shop.”   Garth waved a hand toward the woods.

“This ain’t Georgetown, Virginia!”  Father said, “I haven’t hunted in years myself, but Daniel and I will do fine. We’re not shirkers.”

“Countin’ on it,” Uncle Karl replied. 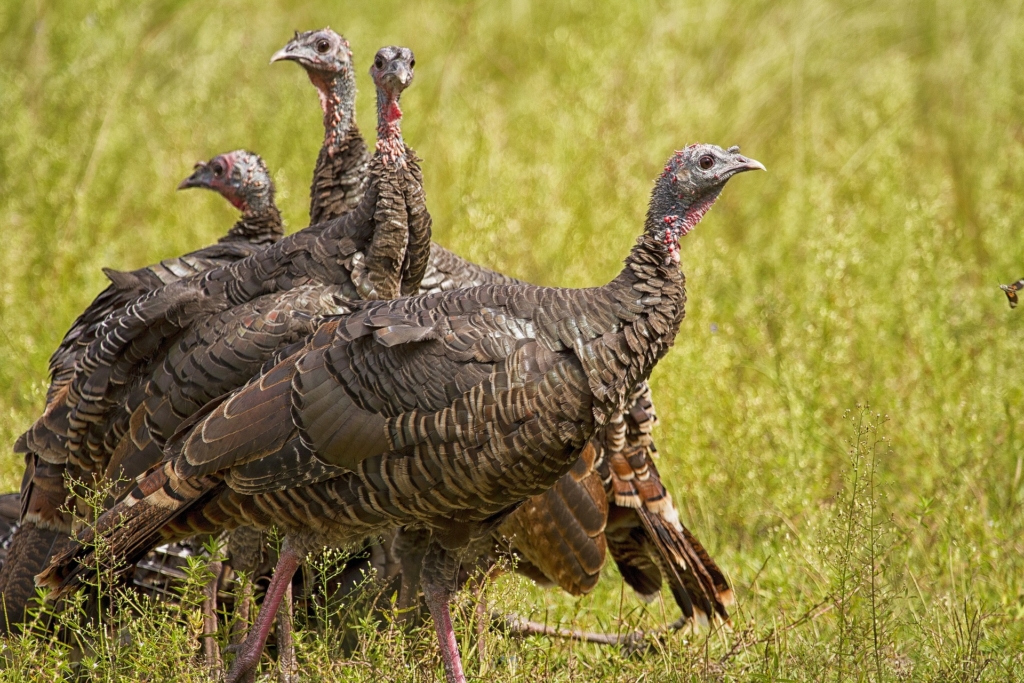 Watching Garth fetch his rifle, Daniel remembered what he had said days ago: I’m gonna shoot me some Indians. Probably because Garth’s mother had been killed by Indians.   Father handed Daniel a rifle. “Come on.”

They crossed a creek and walked through woods.   Uncle Karl whispered, “Turkeys! A flock of ‘em!”   Three shots rang out and the turkeys flapped away, all except three who settled in the dust.

“Three ain’t bad,” Uncle Karl said. “Plenty for supper.” He turned to Daniel. “What happened to you?”

Garth asked, “What can you expect from a city boy?”

The next evening as they settled the covered wagons at a campsite, Uncle Karl rode back from scouting. “Plenty of turkeys here. We’d best get some. Come on.”

The woods were dark, but Daniel spotted a turkey roosting in a tree. He’d have to prove himself as a hunter whether he liked it or not. He loaded his rifle, aimed, and pulled the trigger. Instead of a turkey, angry hornets burst from their nest.  ”Hornets!” he yelled and ran.

“Hornets!” Uncle Karl echoed running the other way. “Run for your lives!”  The others tore out of the woods, swarms of hornets buzzing after them. “Head for the stream!” Uncle Karl shouted.

Garth, Father, and Uncle Karl flung their rifles aside and threw themselves into the stream. The hornets buzzed inches above the water, then circled twice and flew away.  When Father, Garth, and Uncle Karl climbed out, the other emigrants roared with laughter.

Garth and Uncle Karl glowered.  ”Last time I go huntin’ with you, Daniel,” Uncle Karl growled. “A city feller who don’t know a turkey from a hornet’s nest shouldn’t carry no rifle.” 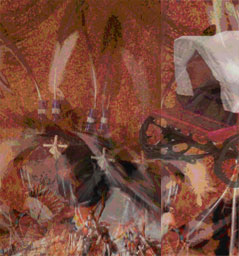 As the wagon train moved westward, they saw more and more Indians, and Daniel noticed that Garth’s anger deepened.   One evening, Daniel glimpsed his step-cousin disappear into the trees with his rifle.

“Garth! We’re not supposed to hunt alone!”   His step-cousin didn’t answer and left a careless trail of broken brush as Daniel followed him. After awhile, Daniel saw Garth aim his rifle across the stream at an Indian girl picking berries.   Racing forward, Daniel shouted and threw himself on Garth. The gunshot boomed through the air.   Garth thrashed under him.

“Get off me!”   Getting up, Daniel spotted the girl running away. “You almost killed an Indian girl.”

“They killed my ma!” Garth shouted.  ”

Killing Indians won’t bring her back. You have to forgive them. That’s what Christ says.”

“Maybe Indians took him!” someone said.   The search party rode out on their horses, leaving Daniel, Garth, and two older men to scout nearby.    After a while, Daniel thought he heard a soft voice in the nearby bushes.   Seconds later, the child toddled out.

“Ma-ma!” he called happily. “Ma-ma!” His homespun jumper was dirty, but his eyes sparkled.

In the woods, Daniel caught a glimpse of the Indian girl in a fringed buckskin dress. She smiled at him, then without rustling the bushes, disappeared.  ”Thank you!” Daniel called after her. “Thank you for bringing him back!”

“Christ says to love one another.”

Garth’s eyes clouded, but he pulled a small smile. “As long as I gotta learn to forgive, I guess I could teach you about huntin’ and such.”

“Yeah,” Daniel answered with hope, “maybe a town fellow and a country fellow could learn from each other. Maybe we could even, after a while, be . . . friends.”

Elaine Schulte is the author of dozens of novels as well as hundreds of articles and short stories. She and her husband live in Tucson, Arizona.

*Adapted from the author’s novel, DANIEL COLTON UNDER FIRE, BJW Press, with permission.

Click here for a fun activity to explore the Fruit of the Spirit.