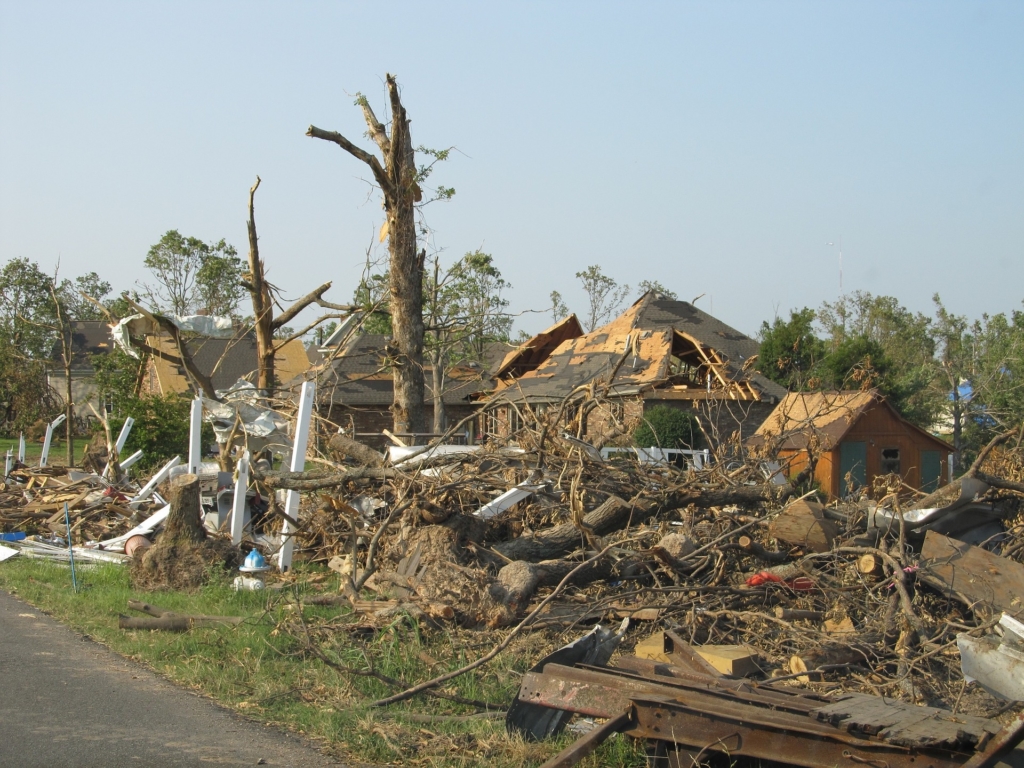 The Power of Nature – and Nature’s God

On a recent car trip, I was snapping photos of the idyllic southwestern Virginia countryside, admiring the beauty of God’s creation. When the traffic slowed down, I saw it as a great opportunity to take photos without having to contend with the motion of the car. Soon the bumper-to-bumper traffic on the major highway concerned me. Had there been an accident? I started praying for whomever might be experiencing problems.

I was still taking photos when suddenly we came upon what looked like a war scene from a movie. Splintered trees. Flattened homes and businesses. Car parts, clothing, and insulation—things that should have remained on solid ground—waved from the shattered tops of trees. It took a few minutes for my shock to change to realization. The town beside us had within the past days or hours experienced horrific tornadoes. Lost homes. Lost lives. A hometown forever changed.

I remembered the recent tornadoes in Alabama and other southern states and for the first time understood in a small way the people’s pain and their plight. 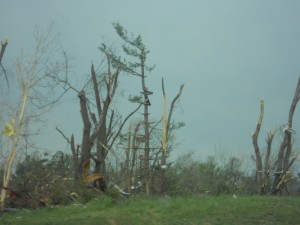 ple often wonder, “Where was God?” That is a discussion for another day. For there is no easy answer, but I know He was there and He cares.

My own question that somber day was this: “After seeing this kind of power in just the wind and storms, how can anyone doubt the infinitely greater power of the living God?”

“For the wrath of God is revealed from heaven against all ungodliness and unrighteousness of men who suppress the truth in unrighteousness, because that which is known about God is evident within them; for God made it evident to them.

For since the creation of the world His invisible attributes, His eternal power and divine nature, have been clearly seen, being understood through what has been made, so that they are without excuse” (Rom. 1:18–20 NASB).