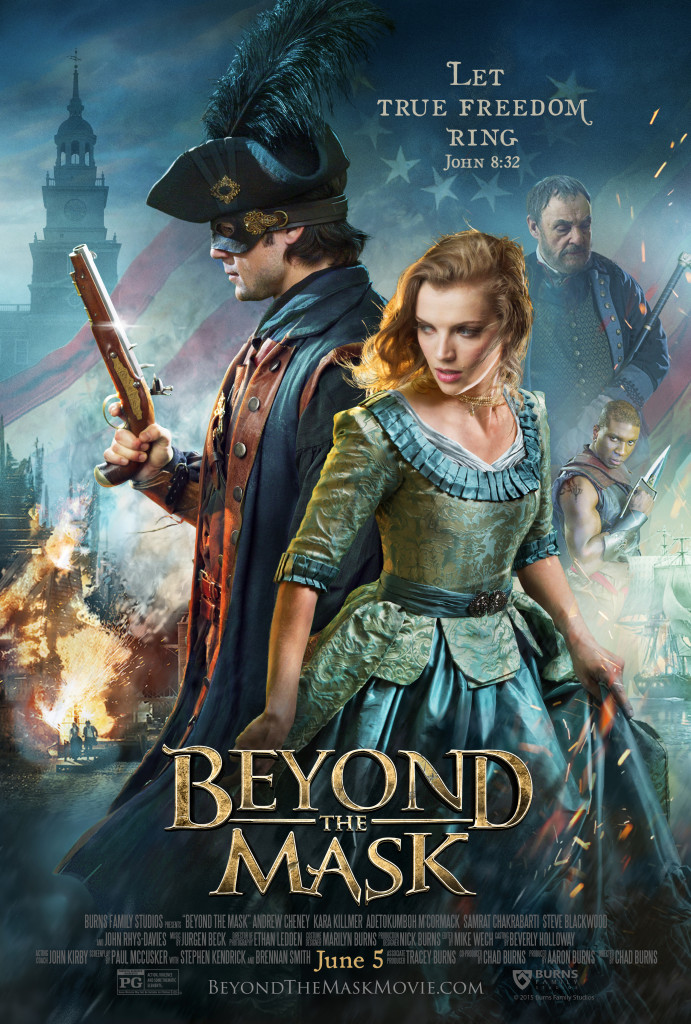 Movie Review: Beyond the Mask

When was the last time you saw a swashbuckling adventure movie that seamlessly incorporated a clear gospel message? Probably never, unless you’ve seen Beyond the Mask.

Chad and Aaron Burns, two homeschool graduates with a love for history and adventure and a desire to communicate truth to the youth of today, have put together an exciting and entertaining movie about the dangerous times that led up to the signing of the Declaration of Independence.

The story takes place on two continents, as Will Reynolds, played by Andrew Cheney (Seasons of Gray), quits his job as the lead mercenary for the British East India Company and becomes its most wanted fugitive and most determined enemy. His former boss, John Rhys-Davies (RAIDERS OF THE LOST ARK), wants him dead, but Will is determined to live and win back the love of Charlotte Holloway (Kara Killmer, Chicago Fire), after she learns of his deception.

Guild-ridden and haunted by his past, Will resolves to do everything in his power to redeem his name and earn the right to marry Charlotte. His quest takes him to the American Colonies and straight to Benjamin Franklin.

The Burns cousins had the help of filmmaker Stephen Kendrick (Courageous, Fireproof, Facing the Giants) and Adventures in Odyssey’s Paul McCusker, who wrote the script with Bren Smith.

Director Chad Burns says of their goals for the film:

“Every Burns Family Studios film explores some aspect of Christian faith and its importance to every life. In BEYOND THE MASK, our hero Will Reynolds has done some pretty terrible things, and now he wants a new life in the New World of Colonial America. But the forgiveness and redemption he seeks can’t be earned. The literal mask he puts on to disguise his identity—or to create a new one—that’s us. That’s Facebook. That’s Twitter. We create these masks, too. But only identity in Christ creates a new Will Reynolds, or a new us. . . . We want to reach young people with a message of hope and of finding their identity in Christ.

Beyond the Mask features lush costumes and sets and amazing special effects, but I consider the greatest strength of this movie its presentation of the gospel message. Unlike in many other faith-based films, the gospel doesn’t feel tacked on here. It’s an integral part of the story of Will’s search for a new identity and his mission to redeem of his ruined reputation.

I noticed only two small things that seemed a little inconsistent with the excellence in this film (and I have seen similar mistakes in top-rated, high-budget box office films). Day seems to suddenly turn to night when Will goes to a pub in the Colonies, and at the end of the film, when I expected Will and Charlotte to be soaking wet, they appeared only damp. 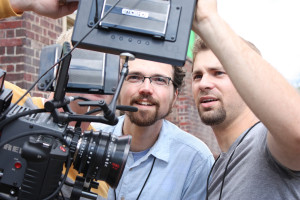 Beyond the Mask is a professionally produced and performed, exciting historical film that will keep you and your older kids on the edge of your seats. Some of the content is too violent for younger children, so watch the movie first to see whether you think your children are mature enough to see it. I recommend this film and hope you enjoy it as much as we did. We plan to buy the DVD when it becomes available.

As a veteran homeschooler myself, I’m proud of what the Burns family homeschoolers  have accomplished. I can’t wait to see their next project. Bravo!

If you would like to purchase or rent Beyond the Mask, by using the links below you help this ministry without extra cost to yourself. The first links are for Christianbook.com. Thank you!

Beyond the Mask, DVD

Beyond The Mask [Streaming Video Purchase]

Beyond The Mask [Streaming Video Rental]

As amazon.com affiliates we benefit from sales generated through the following links: