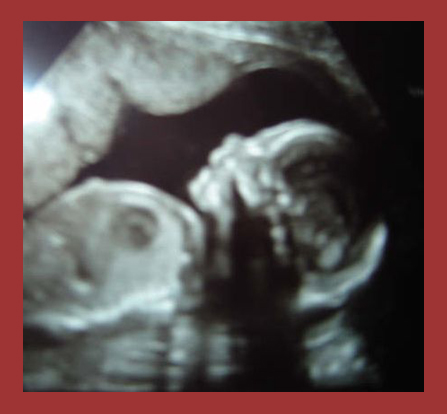 Today, many people will march for life, remembering all the babies killed by abortion since Roe v. Wade. As they join in solidarity for the unborn who are yet to be saved from abortionists, they will probably find some support, much indifference, and quite a bit of hostility.

But why the hostility? I don’t understand why many of the same people who scream to keep abortion legal would also fight to protect unborn animals of an endangered species. Deep down, they know a human fetus is a baby as much as an unborn Sumatran tiger is a tiger. I can only conclude that ignorance resulting from propaganda, spiritual blindness, or unresolved guilt drives their passionate support for abortion.

“Pro-choice” rhetoric, when it is not merely for profit, could be an unconscious cover-up by those who have had, urged, forced someone to have, or performed abortions. These passionate calls for “choice” might simply be people’s attempts to justify their own sins and harden their hearts against the pain of guilt.

For women who have had abortions, is theirs truly a call to freedom for other women? Or is it an effort to sear their consciences, an attempt to erase from memory their selfish or fearful actions and the unthinkable crimes against their own children – a horror they can never undo?

To women who have walked this road, please hear me. No amount of rationalizing or protest can take away the sting of guilt, the pain of loss, the private aching of empty arms. Only the love of Jesus can give you what your heart truly seeks.

You have the freedom of choice right now. The choice to choose or reject the free gift God offers: cleansing and forgiveness for every sin, and eternal life in Jesus. He already paid for the crime you committed against yourself and your child. He willingly paid the penalty for everything you’ve ever done, every way you’ve ever messed up.

Jesus knows your pain, because He bore it on the cross. Trust Him. Believe in Him. You can make the choice right now to start fresh. To turn away from sin and selfishness. Only in Jesus, will you have forgiveness, fullness, family, and a freedom no one can ever take away.

True freedom of choice comes only from God – the choice to love and obey Him, or not.