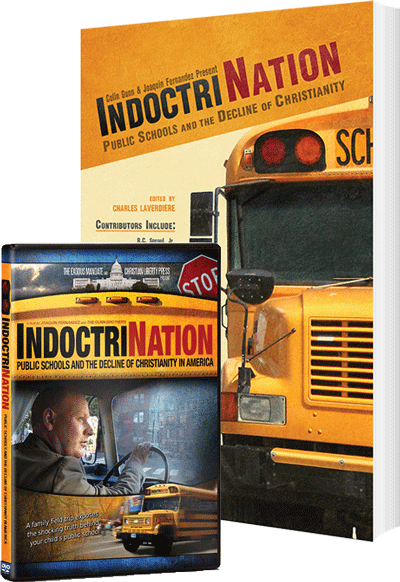 Indoctrination: Public Schools and the Decline of Christianity

Generally, I’m reluctant to give a book my highest recommendation, but I think every thinking adult should read IndoctriNation: Public Schools and the Decline of Christianity. Certainly every Christian parent, especially in the United States should make it a priority to read this book. The list of authors who contributed to the project should offer reason enough for studying its contents. Contributors includes such respected writers as R. C. Sproul, Jr., Erwin Lutzer, John Taylor Gatto, Samuel Blumenfeld, and Voddie Baucham, Jr.

What is this book? It’s a collection of excellently argued and documented commentaries on the history and philosophy of education, parental responsibilities, child discipleship, faith, the role of the state, our Constitutional government, and experiences of people working in public education, to name a few of the topics covered. Readers will “explore the biblical principles regarding education—and who is ultimately responsible for our children’s future.”

As you read this book and watch the companion video also available, you will see, as so many of us have experienced, that we have “an educational system that is actively at work to alter your child’s moral values, worldview, and religious beliefs.”

If that statement makes you balk, then perhaps you too have been subjected to this indoctrination. Educators often urge students to keep an “open mind.” I challenge you to do the same as you read this book cover to cover. And then if you still disagree, at least you will understand why.

As a parent whose child attended public school, Christian school, and home school, I can personally vouch for the truth of much of the information written in this book. Read it before the next school year begins. And then prayerfully apply what you learn. It’s not just ideologies that are at stake. It’s your children’s future—perhaps even their eternity—that hangs in the balance.