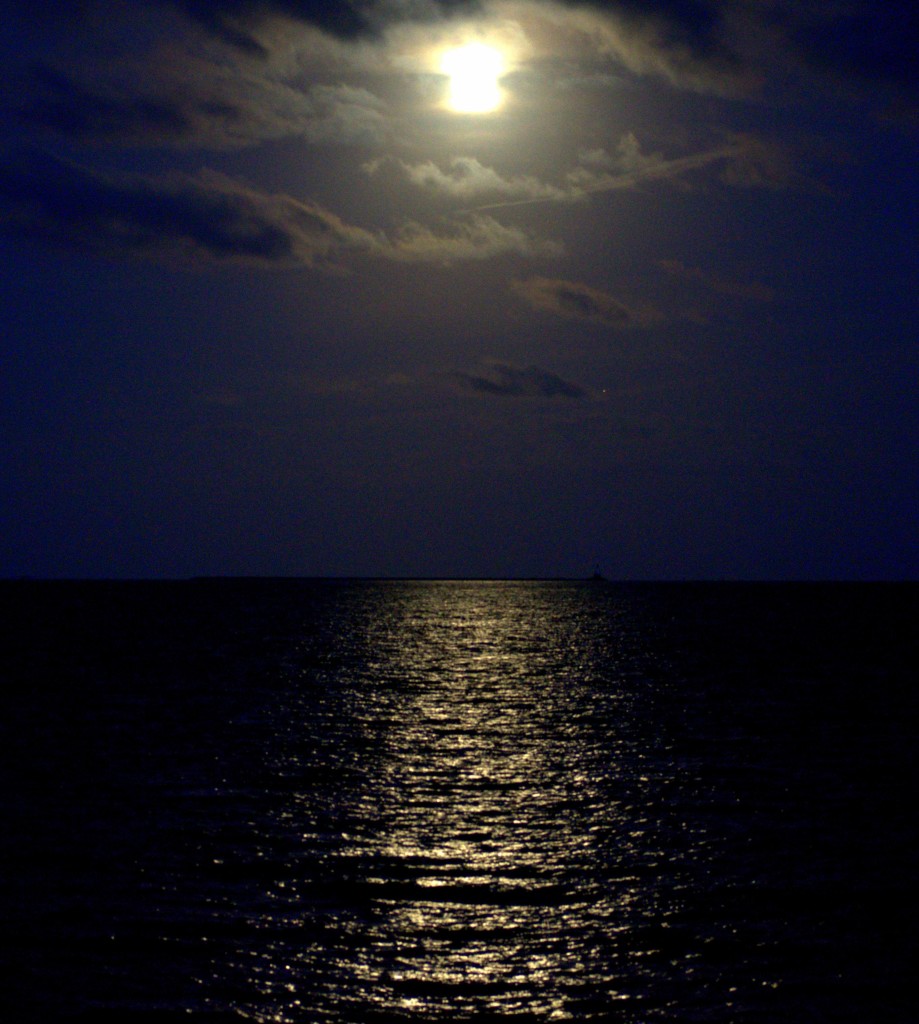 Richard Dawkins and Me: Two Views of the Moon

Breathlessly watching the full moon break through midnight clouds, I recalled the British scientist Richard Dawkins. Observing the same scene, he would have wondered at the magnificence of the cosmos, while I marveled at the holiness of its Creator.

That evening, I had watched Dawkins debate another professor who is a believer in the Creator God. It was an interesting and civil exchange between two extremely intelligent and highly educated men.

As I observed Dawkins, an elegant speaker with an engaging personality, it became clear that he is immovable. Although he seems sincere in his beliefs and appears reasonable, I’m convinced it would be intolerable for him to admit he’s wrong about atheism, the origin of the universe, or molecules-to-man evolution—even if presented reliable evidence to the contrary.

Rather than speaking rationally and respectfully about Christian believers, Dawkins often resorted to demeaning them. He spoke of “creationist lunacy” in his opening statement and termed religious explanations for existence “petty and parochial.” In other words, the Creator is not majestic enough for the splendor Dawkins sees in the universe. How small a god he must imagine!

Dawkins also called those people trying to have creationism taught in American schools “nut cases.” I was disappointed to hear someone of Dawkins’s intelligence resort to name-calling to discredit those who disagree with him. It only emphasized the weakness of his arguments.

Dawkins doesn’t recognize his own pridefulness in rejecting God. He clearly considers himself a good, moral person, as virtually all of us do until God reveals to us our sinfulness. He said, “The understanding that we can get from science of all those deep questions that religion once aspired to explain are now better, more grandly, in a more beautiful and elegant fashion explained by science.”

Neither does Dawkins recognize his arrogance in implying that God would only be worthy as Creator if He had done things in a momentous, glorious way, not simply by saying, “Let there be . . . and there was.” And certainly not by becoming man, being born in a stable, and dying on a cross for our redemption. Dawkins said of Jesus’ resurrection, “It’s so petty, so trivial. It’s so local. It’s so earthbound. It’s so unworthy of the universe.”

I would agree with Dawkins if Jesus had been only a man who died and rose again. The real wonder here is the Incarnation—God the Creator becoming man and living among us. Then He took upon Himself the sin of the world, because only perfect holiness could pay for sin against the holy God. These facts are so awe-inspiring that the universe in its grandeur seems unworthy of Jesus.

Awe and “Temptation” to Worship

Dawkins admitted he has experienced that universal feeling of awe and admiration, a “sort of religious reverence for the beauties of the universe, the complexities of life, the sheer magnitude of the cosmos” and had a tempting desire to worship something. However, he rejoiced that “science has achieved an emancipation from that impulse to attribute these things to a creator.” He considers it “a supreme achievement of the human intellect to realize that there is a better explanation” for living things, stars, mountains, and so on, than a creator.

So Dawkins has staked his life and eternity on the “staggeringly, counterintuitive fact” [his words] that the development of all life can be explained through “comprehensible, rational means.” And this, in his mind, makes the existence of God “very, very unlikely.”

Accepting a “staggeringly, counterintuitive” theory as fact seems illogical and unscientific to me. It would take a lot more evidence to convince me to do that than what evolutionary science has to offer.

Dawkins has put his confidence—really his faith—in the human ability to discover all truth through science. He offers his awe and admiration, essentially his “worship,” to Darwinism and the human intellect. Thus, he has “exchanged the truth of God for the lie, and worshiped and served the creature rather than the Creator” (Romans 1:25).

That night, gazing at the full moon, I marveled at the living, holy Creator God who is so unfathomably magnificent that He called all of creation into being. Then I asked Him to remove the blindness from those who have believed Dawkins’s ideas. I also prayed, if his heart is not hardened beyond saving, for Professor Richard Dawkins, a man who has allowed his intelligence and pride to blind him to truth.

“For the message of the cross is foolishness to those who are perishing, but to us who are being saved it is the power of God. For it is written:

I will destroy the wisdom of the wise,

Scriptures taken from the New King James Version of the Bible.