What Teddy Learned about Forest Fires

What Teddy Learned about Forest Fires

During the forest fires that raged near his Florida home, Teddy learned many things about fire and its effects on nature. Fire is part of God’s plan to keep land healthy. Every year wildfires destroy huge areas of forests. Some fire helps forests by keeping underbrush (low plants) from getting too thick. Sometimes foresters even set fires to control insects, diseases, and weedy brush that can cause worse fires. This is called “prescribed burning.” A few species of trees, such as lodgepole pine, have seeds that sprout only after fires, so fires are necessary for them to propagate (make new trees).

However, serious fires leave land bare, with no plants to hold the soil. Then wild animals have no food or shelter. Dirt erodes (washes away), pollutes streams, and kills aquatic life. Florida’s 1998 fires damaged forests, towns, and cities. In 7½ weeks, approximately 2,300 fires burned about 500,000 acres. They injured 124 fire fighters, destroyed 151 homes and businesses, and damaged 219 others. Firefighters came from 27 states, Washington DC, and Puerto Rico to fight Florida’s fires. 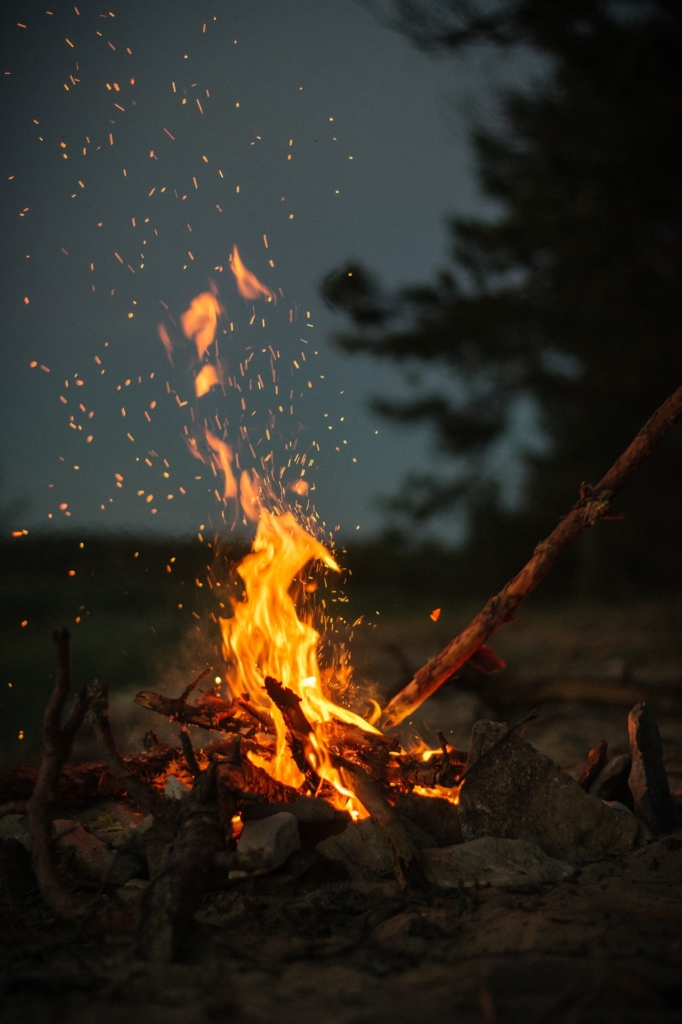 Teddy learned that careless people start more than eight out of ten forest fires. Lightning causes the rest. So it is important for everyone to be careful whenever they use fire outdoors. Sparks from a fire can catch on nearby brush and trees. Also, if a fire is not put out completely, the embers can relight and start a forest fire. We should always make sure matches and fires are totally extinguished by dousing them with water.

Even though massive fires destroyed much of the area near his home, Teddy knew that God’s plan is for nature to bounce back after disaster. A few weeks after the fires ended, green shoots poked through the blackened ground and leaves sprouted from half-burned trees. Now, many years later, the area that was burned is filled with trees.

To read the story of Teddy’s experience with a wildfire near his home, click here.

For a fun activity about God’s blessings, click here.